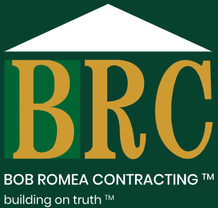 Bob Romea is the owner of Bob Romea Roofing, a small family owned business that has been in operation for nearly 40 years.

Starting in High School, while also training to be a boxer, Bob started working as a roofer for his Dad, who owned a roofing business as well. It was nothing to see Bob and his brothers running through the streets of Pittsburgh after a laborious day of roofing to keep up with his training regimen. Bob and his family strive to be the best at whatever is in front of them. Proof of this was in 1973 when he and his brother went on to Nationals after winning the Golden Gloves. One of only two brothers in history to both win a pair.

This dedication has helped his business grow but his long term success and the reason he believes Bob Romea Roofing is still standing today is attributed to being trustworthy.  Bob Romea Roofing has been Built on Truth and that will never change, no matter the season.

Bob has a servants heart and loves to help whenever he can. Part of his mission is to help create leaders and role models for our community.  More so, he is a someone who leads by example and enjoys building people up.

Bob looks forward to serving you and the community for the next 40 years to come!